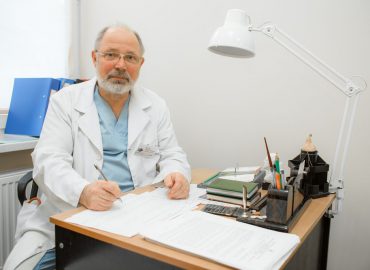 My philosophy:
Mistakes of a surgeon should be corrected by a plastic surgeon, and not a pathologist.

In 1982 he graduated from the Ivano-Frankivsk State Medical Institute.

From 1982 to 1994, he worked as a surgeon in the surgical department of the Lviv Medical Clinical Hospital.

From 2009 to 2014 he worked as the chief physician of the clinic of the department. Institute of blood transfusion medicine of the National Academy of Medical Sciences of Ukraine.

He is a member of the Lviv branch of the Ukrainian Association of Surgeons.

He is an an author of 10 scientific works.

He was awarded the Honorary Diploma of the Minister of Health and Honor Diploma of the President of the National Academy of Medical Sciences of Ukraine.

Participant and organizer of national and international conferences.