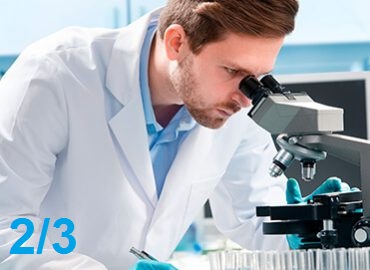 In a prospective, 14-year comprehensive study in Los Angeles (USA, CA), only 31 women with silicone endoprosthesis were detected in all 3182 breast cancer patients (with a statistically expected population of 49.2) (Deapen, 1997).

Investigating the possible association of BE with malignant diseases of other localizations, in a retrospective epidemiological comparison of 13,488 women after (on average 13 years) aesthetic MI and 3,936 women after other subtle operations, it was found that the overall mortality rate was lower than in the population ( Brinton, 2001). Twelve cases of malignant tumors of the brain were detected in 10,000 patients with a follow-up period of up to 29 years (in the population, this frequency is 9.6; the difference is thus statistically insignificant (McLaughlin, Lipworth, 2004)).

Among women, whose number in the world exceeds 11 million who have breast implants, 98 cases were diagnosed with anaplastic large cell lymphoma. Less than 10 people a year in the world are diagnosed for the first time this disease.

It is proved (Lipworth, 2009) that lymphomas regardless of their place of origin are not related to MR: on the basis of 5 long-term observations of 43 000 women in 37 years, 48 cases of non-Hodgkin’s lymphoma were found among other malignancies (with the expected frequency in the population is 53.9).